Don’t do what I would naturally do and write off Margaret Atwood’s Hag-Seed: “Please, no, not another author-reinterprets-author retread.” It’s true that with all the rewrites of Shakespeare and Austen routinely thrown at readers nowadays, it’s easy to be cynical. Atwood fans, however, will not be surprised to learn that to underestimate her would be a big mistake.

This retelling of The Tempest is one of four novels so far released as part of Vintage’s Hogarth Shakespeare initiative. It joins Jeanette Winterson’s The Gap of Time (The Winter’s Tale), Howard Jacobson’s Shylock Is My Name (The Merchant of Venice) and Anne Tyler’s Vinegar Girl (The Taming of the Shrew), with Tracy Chevalier’s Othello, Gillian Flynn’s Hamlet, Jo Nesbo’s Macbeth and Edward St Aubyn’s King Lear to come.

Set all that aside, though, as this is written with such gusto and mischief that it feels so much like something Atwood would have written anyway. The joy and hilarity of it just sing off the page. It’s a magical eulogy to Shakespeare, leading the reader through a fantastical reworking of the original but infusing it with ironic nods to contemporary culture, thrilling to anyone who knows The Tempestintimately, but equally compelling to anyone not overly familiar with the work. (This is, surely, the trick of these novels: to be able to walk that line between tribute and novelty.) There are shades of Orange Is the New Black, All About Eve, even JK Rowling’s The Casual Vacancy (if it were set in southern Ontario). It’s riotous, insanely readable and just the best fun. 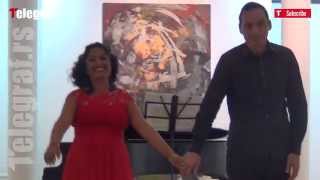